These six trailblazers each became “the first” to achieve a high accomplishment in the wine industry.

From a young widow who reshaped the Champagne industry and the first female winemaker in California’s Napa Valley, to the first woman in a sea of male competitors to earn the title of Master of Wine and the first American woman to pass the demanding Master Sommelier exam, these six pioneers paved the way for women to pursue careers in wine.

In the early 19th century, French women were raised to be mothers and wives. Clicquot, a young parent, took the reins of the family wine business at age 27 upon the death of her husband, François. She then transformed Veuve Clicquot into one of the world’s greatest Champagne houses.

Known as the “Grande Dame of Champagne,” Clicquot took a leadership role in an era when men controlled the wine business. With no formal training and a sheltered upbringing, she charged forth and introduced technical innovations that still resonate across the industry.

From her vineyards in Bouzy, she produced the industry’s first vintage wine from the landmark harvest of 1810. The following year, Clicquot solidified the concept with the iconic 1811 vintage, labeled “The Year of the Comet.” She created the modern form of pink Champagne through the addition of red wine, and she also developed the riddling rack process for mass production. Clicquot strengthened her brand position when she defied Napoleonic blockades to send wines into the cellars of Russian nobility after the wars.

Tilar Mazzeo, author of The Widow Clicquot: The Story of a Champagne Empire and the Woman Who Ruled It (Harper Business, 2008), wrote that while Clicquot ultimately gave control of the business and vineyards to male business partners, she left an inimitable mark on the industry. She opened doors for a second generation of enterprising women in the Champagne business, like another famous widow, Louise Pommery.

Napa’s modern wine industry began in the 1960s, but viticulture and winemaking were integral to the economy before Prohibition. Weinberger earned the distinction of becoming California’s first female winemaker during the 1880s.

Weinberger’s husband, John, was shot dead in March 1882. As a result, she assumed control of his winery and filled his role as director of the Bank of St. Helena. In 1889, she crossed the Atlantic to appear at the World’s Fair in Paris as the only California female vintner to win a silver medal in the wine competitions, according to an article by David Stoneberg in the St. Helena Star on September 16, 2010.

Little is known about Weinberger’s early life. She was from Ohio, listed as Hannah Rabbe from Cincinnati, and she married John Christian Weinberger in 1871. This is according to Mariam Hansen of the St. Helena Historical Society, who created a timeline of her life in 2016.

The Weinberger property grew to 35 acres before John was “murdered by a disgruntled employee who had been making unwanted advances to daughter Minnie,” Hansen says. An 1889 ledger from Wines and Vines of California, noted Hannah Weinberger, along with 17 other women, on their list of cellar masters and vineyardists.

Today, the Weinberger property is part of William Cole Vineyards, just north of St. Helena. Weinberger ran the winery until Prohibition forced its closure in 1920. It would be nearly 50 years before California’s next female vintner rose to prominence.

Like Weinberger, Graf was a pioneer, widely considered to be California’s first female winemaker after Prohibition. Born with a love of science, Graf embraced an analytical approach to wine, a perspective that set her apart and served her well throughout her career.

Graf, who died of cancer on January 30 at 76 years old, made several precedent-setting achievements. She was the first woman to earn an enology degree in Fermentation Sciences, graduating University of California, Davis, in 1965. She was also the first woman to serve on the Board of Directors of the American Society for Enology and Viticulture.

Graf started as an assistant winemaker and chemist at Gibson Wine Co., in California’s Central Valley. Her big break came when she joined historic Sonoma winery Simi in 1973 as head winemaker, where she was mentored by acclaimed consultant André Tchelistcheff. At the time, few women held lead roles in the industry.

Graf left Simi in 1979, a few years after it was sold to Schieffelin. This proved a pivotal transition: it led her to co-found Vinquiry, a consulting service for the wine industry that provides independent laboratory wine testing in Sonoma County. A humble start in a doctor’s former office in Healdsburg evolved into a successful, respected company. Graf retired in 2003.

Quoted posthumously in Wine Business on February 6, Graf summed up her career.

“My perception of winemaking jobs was that you started at the bottom, worked hard, paid your dues, and eventually, you worked your way up.”

In 1987, Triffon became the first American woman, and the second woman after Claudia Harris, to pass the notorious Master Sommelier exam.

But if you ask her about it, she’ll argue that she’s “not all that ambitious.” To “Detroit’s First Lady of Wine,” she merely put her years of learning, tasting and training to the test.

Born in Connecticut, Triffon worked in the food industry to put herself through the University of Michigan, where she graduated from in 1977. She pondered medical school, but Triffon was pulled into wine service at Westin’s La Fontaine, a French restaurant at the Renaissance Center in Detroit.

“At my very first job as a sommelier, the food and beverage director said, ‘We expect you to educate yourself about wine. You can’t just walk around the dining room opening bottles.’ So, I did,” says Triffon. She educated herself through tastings and came to understand quality.

Eventually, Triffon was promoted to wine buyer by Westin, which sent her to the Best Sopexa French Sommelier competition. This laid the groundwork for her success on the MS exam. It would be another five years before another woman, Vera Wessel, joined the prestigious group.

Was she surprised to pass? “Not really,” says Triffon. “I waited to take the exam until I knew I was ready.”

She continues to work in Detroit as Master Sommelier for the upscale Plum Market food chain, for which she selects wines and organizes tastings and events. She said the MS credential has provided access to amazing resources, though she’s never taken it for granted.

“It gives you platinum validation, but you can never rest on your laurels,” she says. “I like that.”

Today, women make up around half the candidates for the prestigious Master of Wine title, a program founded in 1953 to promote rigor and excellence in the wine trade. But it wasn’t until 1970 that a woman, Stephen, earned the coveted MW initials.

Stephen’s interest in wine started at age 11. “Whilst staying at a friend’s house in Madeira, I tread grapes to help make the table wine at a friend’s quinta,” she says.

In high school, she met a member of the Symington Port wine family. At 17, she wrote to the Symingtons in Porto and asked to become a trainee. “Their reply was swift and unequivocal: ‘In our opinion, there is no place for a woman in the wine trade,’ ” she says.

She earned a scholarship to Bordeaux University to study oenology. It provided the opportunity to work alongside renowned Émile Peynaud in the Médoc and Saint-Émilion. Her first “real” wine job came in a laboratory in Langenbach, Germany.

“Before I started, I worked through every department, including the cellars,” she says. “Dressed in overalls and boots, I was given the same jobs as men.”

Stephen returned to England, where she discovered the Master of Wine program.

“I waited until 1970 when I felt I had a good chance of passing,” she says. “The day the results were published, I received a 25-minute lecture on how to deal with the press from Michael Broadbent, who was chairman of the institute at that time.”

Stephens says the title had no immediate effect, though it helped in later years with wine suppliers. It would be six years before another woman earned the credentials.

Many who follow Lepeltier on social media may be familiar with her #CheninCheninChenin tag. Much as Paul Grieco has championed Riesling, she has used her influence to promote the unsung grape.

Lepeltier wasn’t always headed for a life in wine. She was working toward a master’s degree in philosophy and a career as professor before fate intervened.

Her interest, or rather “obsession with wine,” began in 2005 at L’Auberge Bretonne, recipient of two Michelin stars. By the end of 2006, Lepeltier had garnered two titles: Best Loire Valley Young Sommelier and Best Brittany Sommelier.

She moved to New York City and became beverage director for Rouge Tomate, where accolades continued to mount. Wine & Spirits named her one of the five best new U.S. sommeliers of 2011. In 2013, Wine Enthusiast recognized her as 40 Under 40 honoree.

At Rouge Tomate, she managed a 2,000-bottle list steeped in natural, organic and biodynamic wines from global producers, which earned her several World of Fine Wine awards.

In May 2014, Lepeltier passed the Master Sommelier examination. In 2018, she began at Racines NY as a managing partner/sommelier. This year, she was the first woman to be named “Personality of the Year” by leading French wine magazine La Revue du Vin de France. 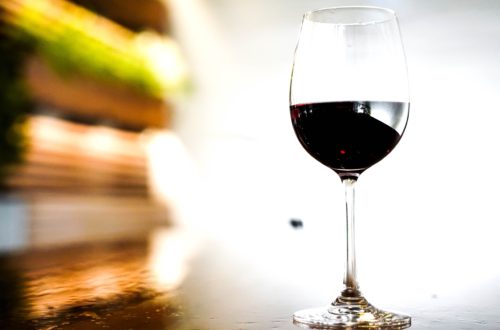 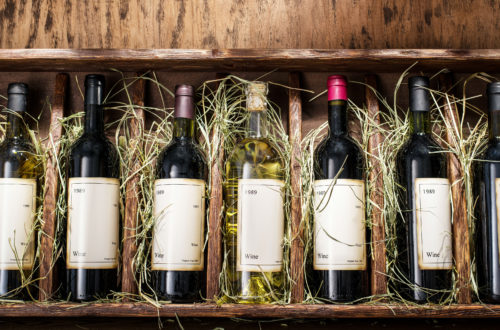 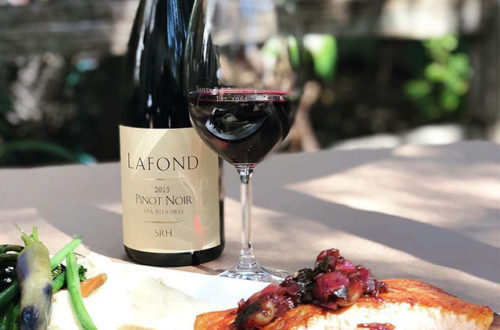